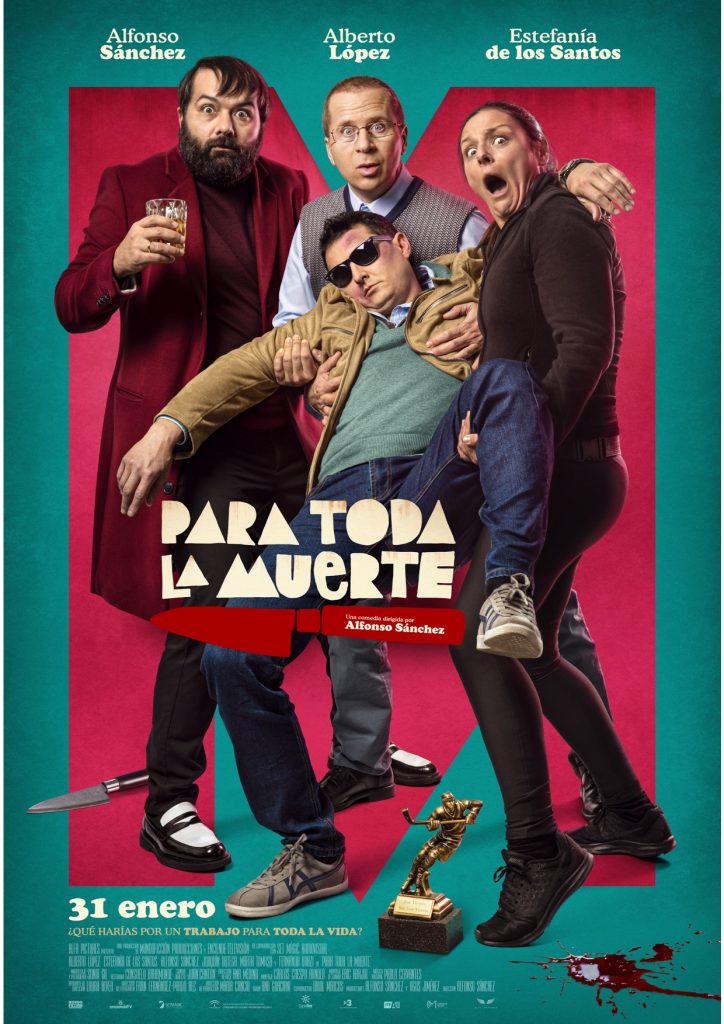 José Vicente (Alberto López) has been preparing competitive examinations for eight years. He lives at his in-laws’ house and his family supports him while he studies with only one goal: to become an official.
After the exam, an administrative error makes him believe that he has achieved the place, but the joy is short-lived: while celebrating, he is told that he has been the first in the list of substitutes. In this situation, the only solution that comes to his mind is to kill who now occupies what was allegedly his place, but … will he be able to do it?

“Para toda la muerte” is the third feature film directed by Alfonso Sánchez after the successful El mundo es nuestro (2012) and El mundo es suyo (2018), where he repeats as a protagonist with Alberto López.