Andrea Motis excelled since she was a young girl as a singer, trumpet and sax player for the band Sant Andreu Jazz Band, and when she was 14, she turned down a juicy offer from the label Blue Note. At age 16, Universal knocked on the door, but she decided that she still wasn’t ready. Finally, her moment came when she turned 21, she made jumped in with both feet into the world of international jazz guided by Impulse– the label of John Coltrane.

Andrea Motis, the silent trumpet, follows very closely Andrea’s process to finally become an international music figure. Hence, Ramon Tort’s camera (Kids and music, 2012), follows her around on the year prior to Andrea’s first recording record in New York.  A few months filled with great changes and emotions: from embarking on a world tour that takes the to perform on stages of places like Japan, Europe and the United States, leaving her parent’s houses to go live with her boyfriend. A crucial moment in the life of a young woman who one day is singing with Omara Portuondo at the Beacon Theatre in New York City, and the next she’s eating a quick bite between her classes while she practices her pieces with her boyfriend. 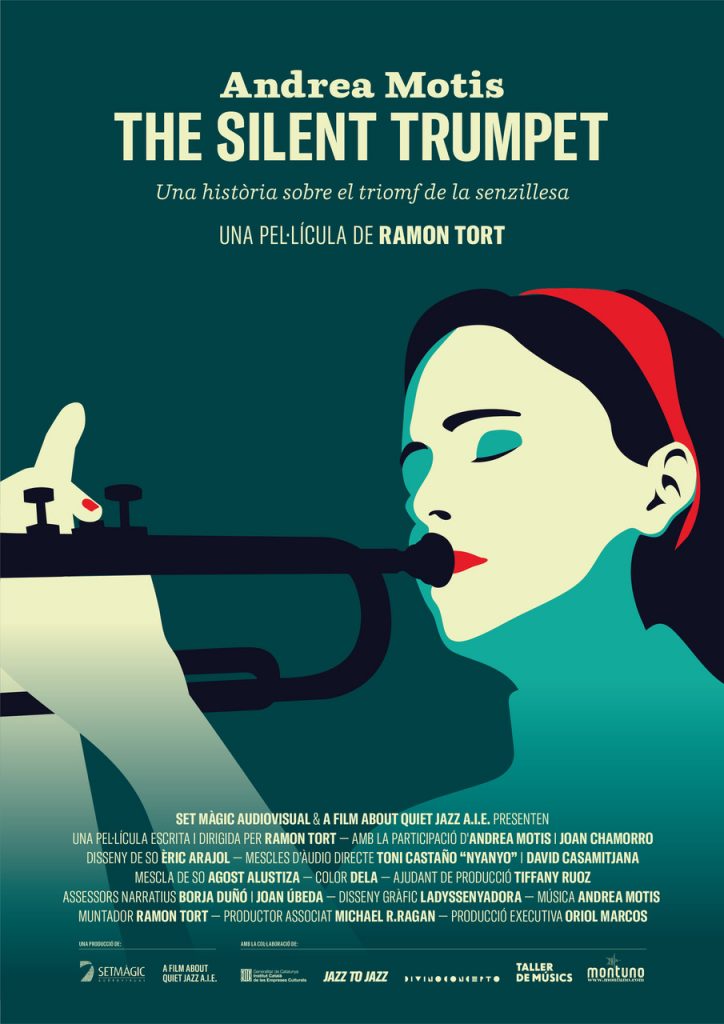 But, Who is Andrea Motis? Where does her magic come from? What is it about her music that makes people from all over the world fall in love with it? She’s about to take a big leap, but… is she interested in fame? While we are with her, you’ll realize that she doesn’t have much in common with the boys and girls of her generation: she’s not interested in success and fame, all she wants is to live in the moment. In a magical way, these rare values are reflected in her music: she’s not in a hurry to get to the next compass. Every note has its essence. To her, music is a lovely place were she can settle in and get comfortable and something worth living for. Andrea is not a conventional artist and she has something magical about her, something mysterious that captivates us. This is an intimate story, charged with emotions from a moment that’s unique and irreplaceable, that moment that is like vertigo that pulls us in just before we jump in into the unknown. A movie about vital changes, doubts, fears, contradictions and jazz, a lot of jazz.